Warning: Use of undefined constant PARENT_THEME_VERSION - assumed 'PARENT_THEME_VERSION' (this will throw an Error in a future version of PHP) in /home/customer/www/musubiaikido.co.uk/public_html/wp-content/themes/maidenheadaikido/library/bones.php on line 164
 An Aikido Glossary - Musubi Aikido

Our classes are taught in English, but we use Japanese for many instructions and techniques.

Aikido (eye-key-doe)
Compound of Ai (harmony), Ki (spirit), and Do (way): The Way of Harmonious Spirit.

Aikidoka (eye-key-doe-kah)
One who practices aikido.

Awase (a-wa-say)
To blend with the attack

Bushido (boo-she-doe)
The warrior’s code, the way of the warrior.

Dojo (doe-joe)
Training hall, place of The Way. In Buddhism this means “place of worship”.

Hakama (hack-kah-ma)
A skirt-like divided trouser; a formal garment that is worn by dan grade holders, and by 1st kyu (brown belt grade) with good posture within TIA Europe.

Hanmi (hahn-me)
A posture in which one foot is advanced one step and the body weight is distributed equally on both feet, in a triangular stance. Literally: “half-body”.

Hanmi handachi (hahn-me han-dah-chee)
A type of training in which nage is kneeling and uke approaches from a standing position.

Hara (har-ah)
One’s physical and spiritual centre. Physically, in the lower abdomen a few inches below the navel.

Hidari (he-dah-ree)
The left side

Kaiten (kai-ten)
To revolve or rotate.

Ki (key)
Spirit. The vital force of the body, universal energy, a stream or flow of positive energy.

Kiai (key-eye)
A piercing scream or cry with practical and psychological value. Literally: “meeting of the spirits”.

Kohai (co-high)
A student junior to oneself; someone with a lower rank or who attained the same rank at a later date. See sempai.

Kokyu Dosa (coke-you-doe sah)
A method of off-balancing and pinning your partner with ki instead of physical power.

Kyu (cue)
The aikido ranks held prior to attainment of dan ranking.

Migi (mih-ghee)
The right side.

Musubi (moo-soo-be)
To blend and tie in, to become one, to harmonise.

Onegai shimasu (oh-neh-guy shi-mass)
Said to Sensei at the start of keiko, and to fellow aikidoka when beginning a technique. Literally: “Please let me train with you”.

Sempai (sem-pie)
Student senior to oneself, someone with a higher rank or who attained the same rank at an earlier date. Used to address a student taking keiko when Sensei is not present. See: kohai.

Seiza (say-zah)
A formal sitting posture in which the insteps and shins rest against the floor.

Suburi (suh-boor-ee)
A single movement using the ken or jo, done as a solo practice.

Takemusu (ta-kay-moo-soo)
Compound of Take (martial) & Musu (to be born). This refers to martial movement spontaneously created, without active thought, resulting in a pure Aikido technique.

Tenchi (ten-chee)
Compound from ten (heaven) and chi (earth). A position of the hands: one high and one low.

Uke (ooh-kay)
He who receives a person (nage) to attack. Generally speaking, the person being thrown or immobilised.

Ukemi (ooh-kem-me)
The art of receiving the energy of a technique. Literally: “receive with the body”.

Ushiro (ooh-she-row)
Back, behind, rear.

Yame (ya-may)
Stop (as a command). Said by the instructor to end formally.

Adapted from the glossary on the New Forest Aikido website. 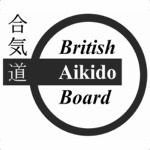